IonDrift:epsilon is highly rated 3D futuristic racer with speed boosts, drifting physics and trance music. Featuring three tracks and two modes.The player competes against the clock or NPC opponents on multiple tracks. Enjoy fast and hypnotic thrill ride.
IonDrift:epsilon puts you in a futuristic race where fearless pilots risk everything to claim the title of the Ultimate Racer. In Time Trial Mode, you need to beat the best times for each course, while Race Mode lets you face off against fearsome opponents. Prepare for high speeds and sharp turns in this hypnotic thrill ride! 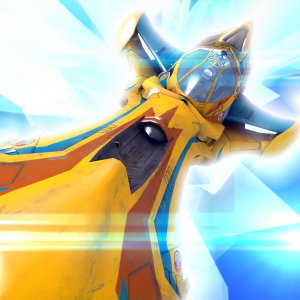 Welcome to SymbolGames, home of the best free web games ! We are adding new content on daily basis. Here at SymbolGames you can find various games suited for all kind of gamers. We are publishing and creating various action, adventure, driving games. We also publish great shooting, strategy, puzzle & skill, strategy and sport games which are great for fun. Web is offering a lot of inspiring games, which you can find here at SymbolGames. Every game is carefully picked and tested, in order to give You the best fun online. We would like to be in touch with our users and present the most popular games from all the genres, but without overexcessive advertisement. Our goal is to live wonderful life and to create and publish wonderful games. Like us on Facebook, Twiter and Google+ and share Your awesome gaming experience!